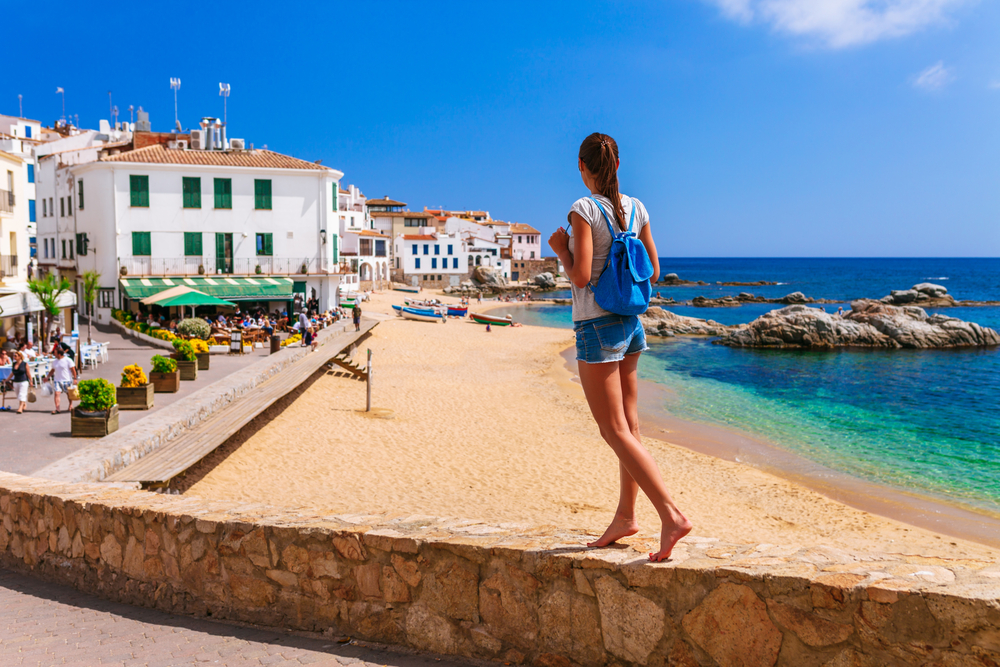 Get On Your Bike to Discover the History of Catalonia

Catalonia is the perfect setting for a cycling holiday. With a pleasant climate and amazing scenery for practically year-round biking, the region caters for all levels of cyclist from family outings to hardcore mountain climbs.

The beautiful landscape undulates from mountainous passes to flat coastal routes, to urban cycling. and there is a network of greenways that link many Catalonian municipalities. There are more than 6,400km of marked routes that are all classified according to difficulty.

Of course, time out of the saddle is just as important as time in it, and you will not be disappointed in what Catalonia has to offer. The region is steeped in cultural history and heritage. Barcelona, Girona, Tarragona, and Lleida all have their own stories to tell and a host of places to discover.

Heritage to Be Experienced

Catalonia is one of the world’s heritage epicentres. Around every corner, across every street, up every hill, and down every valley there is another piece of history to visit and culture to experience. Here is our pick of seven of the best heritage sites in this wonderful region.

The Royal Monastery of Santa María de Santes Creus is nestled on the banks of the river Gaià, surrounded by olive trees and vineyards. It is one of the largest and best-preserved Cistercian monastic complexes in Spain.

Founded in 1158 by the powerful family of Moncada, the monastery was chosen by the kings of Aragon as a royal pantheon. Monastic life continued uninterrupted until 1835, when the monastery was abandoned and very deteriorated until the restoration carried out in the 20th century.

Originating in the 11th Century, Miravet Castle is a large walled compound that clings to the rugged slopes on the bank of the river Ebro.

The castle was once home to the Templars, the highest authority of the order across the Catalan-Aragonese lands. Most of its features are the work of the Templars, making Miravet one of the best examples of Catalan military architecture.

You can’t visit Barcelona without seeing Gaudi’s influence everywhere you go. He’s the city’s most famous architect and helped shape the city into the modern icon it is today.

A tour of his work is a must, through which you will discover La Sagrada Familia ─ the most famous of Gaudi’s creations ─ but don’t forget to look out for Gaudi’s Lamposts on Placia Real and Pla del Palau, Casa Batllo, Park Guell and Casa Calvet, to name but a few.

The famous Roman Route leads visitors through the history of Tarragona and is a must-do for heritage enthusiasts. Tarraco is the ancient name for the city of Tarragona. It was the oldest Roman settlement on the Iberian Peninsula and the capital of the Roman province of Hispania Citerior.

The Roman archaeological complex of Tarraco was declared a World Heritage Site by UNESCO in 2000 and includes the Roman Amphitheatre built in the 2nd Century. Overlooking the sea, its stands were carved from the bedrock and could hold 14,000 people.

Girona was once a small medieval town which grew through Roman times to be the second-largest city in Catalonia. To this day the city, particularly Girona’s old town, bears testament to its history through its monumental heritage.

The city’s cathedral, dating back to the 11th Century, is the widest vaulted Gothic space in the world.

The Seu Vella has dominated the skyline of the city of Lleida since the 13th century, and has experienced a great deal of turmoil. It is undoubtedly an essential visit if you go to the capital of El Segrià. Along with the King’s Castle, or La Suda, and the military fortress, the Seu Vella is listed as a Cultural Asset of National Interest.

Vila Vella, in the popular holiday resort of Tossa de Mar, is the only example of a fortified medieval town still standing on the Catalan coast. The narrow, cobbled streets house a medieval hospital, remains of a Gothic church, and a museum. There is a lighthouse at its highest point, offering stunning views of the town and coast.

Getting the Best of Both Worlds in Catalonia

The team at Bicilona can help you combine your passion for cycling with your love of history and heritage. We live and cycle in Catalonia, and have the knowledge and experience to create a tour that gives you the best of both worlds.

We cater for all group sizes and abilities and can tailor a trip that meets everyone’s needs. Contact Bicilona to discuss your preferences and we will set the wheels in motion. 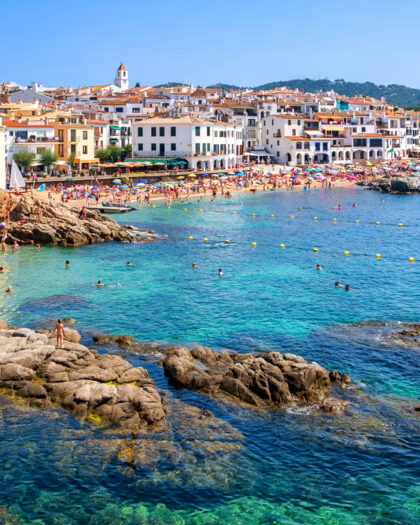 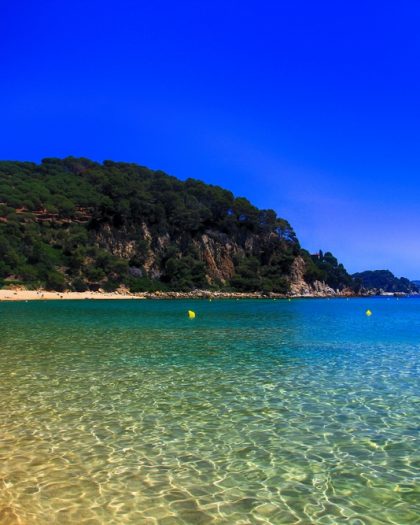 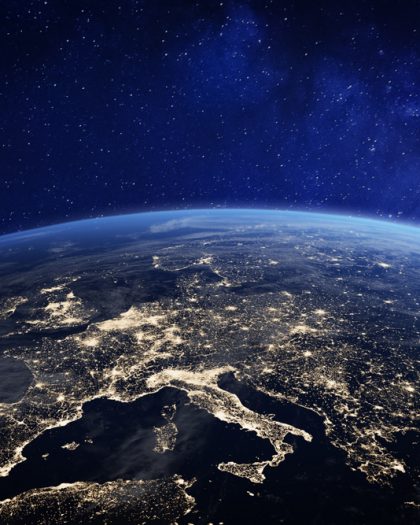 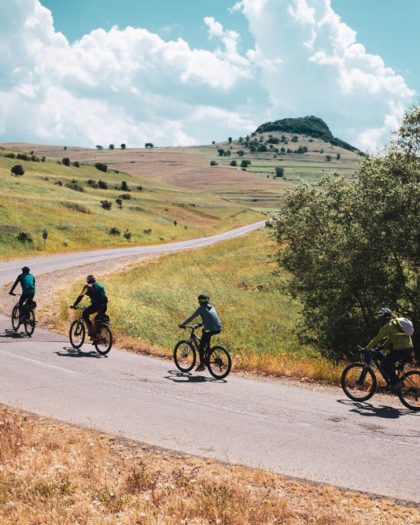 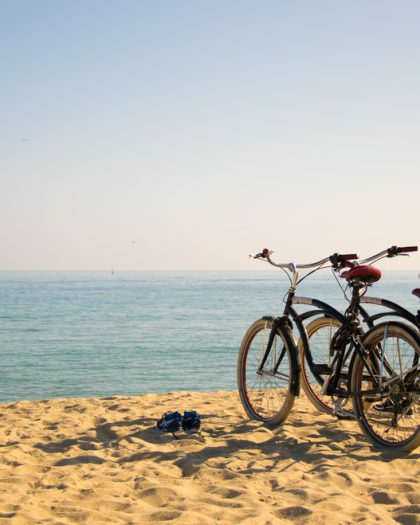 This website uses cookies to improve your experience while you navigate through the website. Out of these cookies, the cookies that are categorized as necessary are stored on your browser as they are essential for the working of basic functionalities of the website. We also use third-party cookies that help us analyze and understand how you use this website. These cookies will be stored in your browser only with your consent. You also have the option to opt-out of these cookies. But opting out of some of these cookies may have an effect on your browsing experience.
Necessary Always Enabled
Necessary cookies are absolutely essential for the website to function properly. This category only includes cookies that ensures basic functionalities and security features of the website. These cookies do not store any personal information.
Non-necessary
Any cookies that may not be particularly necessary for the website to function and is used specifically to collect user personal data via analytics, ads, other embedded contents are termed as non-necessary cookies. It is mandatory to procure user consent prior to running these cookies on your website.
SAVE & ACCEPT
How to Create Your Perfect Cycling Holiday in CataloniaWhy Catalonia Must Be on Every Traveller’s Bucket List
WhatsApp Us Now!