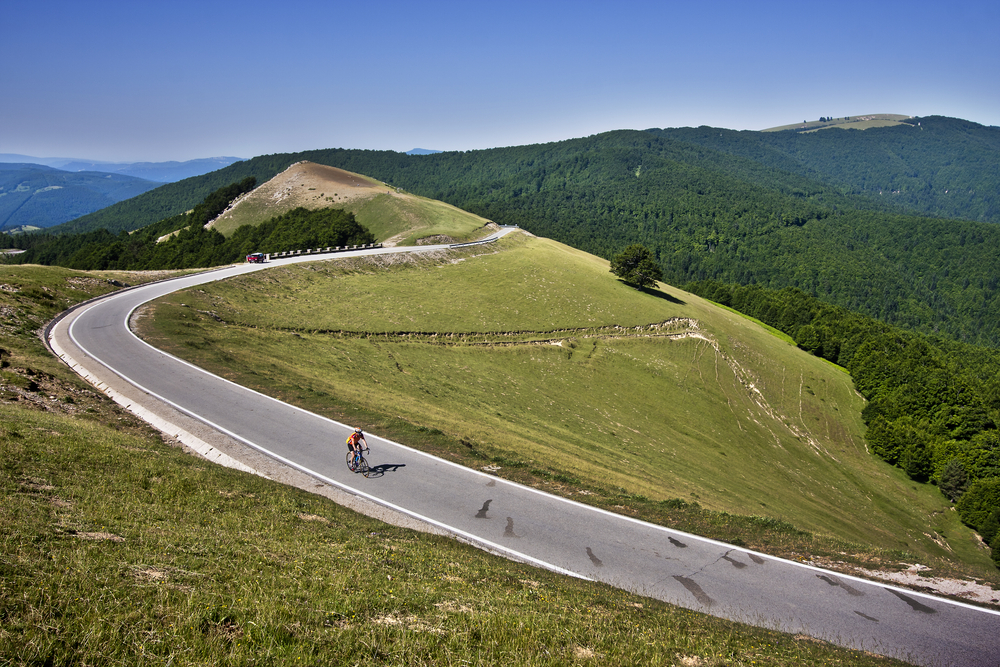 The Pyrenees Is the Home of the Herculean Cyclist

There is a long history of cycling in the Pyrenees. The mountain climbs have been made legendary by the Tour de France, though the options for cycling mountainous routes are equally tantalizing on the Spanish side of the Pyrenees.

The range is steeped in cycling history, and for more than 100 years the Pyrenees have been idolized by cyclists as the pinnacle of the sport.

The Pyrenees – Named After a Princess

Legend has it that the Pyrenees was named after a Greek Princess, Pirene, the daughter of Atlas. The most beautiful of all the Greek goddesses, Hercules wanted to take Pirene as his wife. But Hercules and Atlas were enemies, and Pirene remained loyal to her father.

In anger, Hercules cleaved open what we now know as the Strait of Gibraltar, killing all those in Atlantis ─ except Pirene, who escaped to the hills in the north of Spain.

Hearing that Hercules was searching for her, Pirene decided to take her own life rather than become the wife of a god she hated. She set the mountains ablaze, and fell into the flames.

From Rome, Hercules saw the fires raging, and rushed to find what had caused it. He came upon Pirene, but was too late to save her. Pirene’s tears created the crystal-clear lakes that dot the Pyrenees today.

Consumed by grief, Hercules carved out a mausoleum of the mountains in memory of Pirene, and called the range the Pyrenees.

To cycle the most gruelling mountains in the Pyrenees takes a Herculean effort – though, thankfully, the terrain is so diverse here that Pyrenees cycling tours can be designed for all abilities.

But it is the Herculean mountains that have indelibly inked the Pyrenees on the bucket lists of so many cyclists. A love affair that began in 1910, when Alphonse Steines, a journalist from Luxembourg, became fixated on adding the Pyrenees to the Tour de France. Though he nearly died on the Col du Tourmalet – first by falling into a ravine, and then by being mistaken as a bandit by his rescuers who threatened to shoot him – he declared the route as good and safe for cycling.

So it was added that year, prompting the overall winner of the 1910 Tour, Octave Lapize, to call the organisers assassins. The roads were mostly gravel and the 326km of cycling included 6,000 metres of climbing. The route between across the Cols de Peyresourde, Aspin, Tormalet, Soulor and Aubisque, and then on to Bayonne in the west eventually became known as the ‘Circle of Death’, though it was reversed in 1913 so that all the toughest climbs came at the end.

The Quebrantanhuesos – Mind the Vultures!

In the mid-west of the Pyrenees, you’ll find one of the most difficult – and largest – mountain races in the world. The Quebrantanhuesos is named after a black-bearded vulture that is found in the Pyrenees.

10,000 cyclists compete in this 200km race each year. Their entourage and support teams line the route at feed stations.

If you take part in this race, you’ll start and finish in France. The route into Spain passes through the pass at Somport, taking in the climb of Hoz de Jaca in Spain – one to get your heart pumping and your legs flagging. Jaca is at the foot of the Spanish Pyrenees, and you’ll rest here before winding back through the Col de Pierre Saint Martin into France. Overall, around 4,000 metres of gruelling climb in this race make it a challenging event that offers some of the most spectacular views in the Pyrenees.

Vuelta de España – A Warm-Up for the World Championships

The Vuelta de España is a 21-day race competed over 23 days, first held in 1935. It used to be held in April, but has been raced in August/September since 1995. Many now consider it a warm-up for the World Championships in October.

Like other road races, the Vuelta changes course regularly. However, it usually includes a section of mountain climbs and descents along the Pyrenees, wining in and out of France, Spain, and Andorra.

The Volta a Catalunya is one of the world’s oldest road cycle races, having been first held in 1911. Originally a three-day race, it now covers 1,000km over seven days. Those taking part see the entire variety of Catalonia – the plains, the coast, rural routes, and, of course, the mountains.

On day three of the Volta, the riders climb the Vallter 2000 – a hellish ascent, especially when the riders will be cycling the longest stage of 200km. The cyclists remain in the Pyrenees for stage four, before travelling toward Barcelona in stage 5.

Out of the Saddle

As you can see, the history of cycling in the Pyrenees is long and varied. If you choose to cycle in this part of Spain, you’ll be following in the tyre tracks of some of the world’s greatest ever cyclists.

But it is not only the cycling that is exhilarating here. The mountain passes have been used by shepherds for centuries. Old villages take you back centuries. The scenery is some of the finest you’ll find on the planet.

If you want a little adventure while off your bike, you’ll find a plethora of outdoor activities to choose from – skiing, of course, but also hiking and canoeing.

For those who wish to relax, take time to enjoy the local cuisine, wines, and tapas, or visit one of the spa towns in this area.

And if you are seeking somewhere to stay that offers history, heritage, great food, and typical Catalonian culture, then Girona is within a stone’s throw of the mountains and within sight of the snow-capped Pyrenean peaks of Andorra.

There are hundreds of kilometres of cycling routes to choose from, so it’s easy to create a Pyrenean cycling tour to suit all abilities – all you need to do is get in touch with Bicilona. 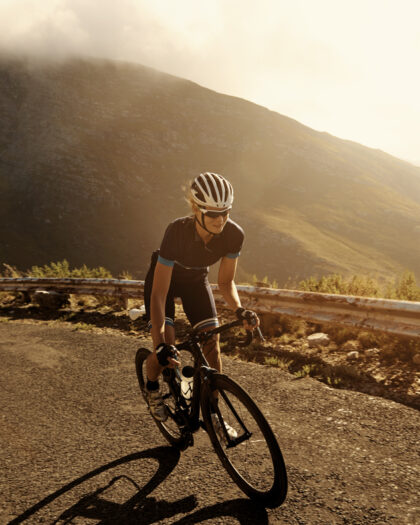 vamtam-theme-circle-post
Category Cycling News
For the Cycling Experience of a Lifetime, Cycling Singles Think Where, What, and How Spain...
READ MORE 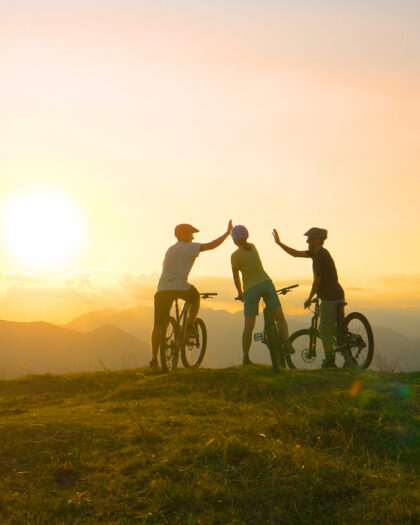 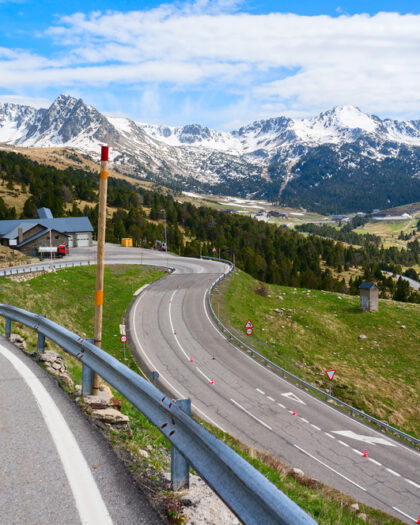 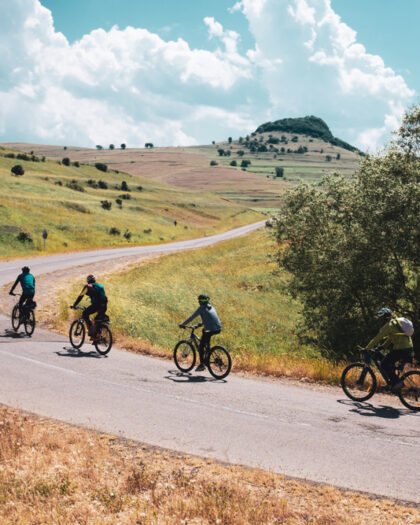 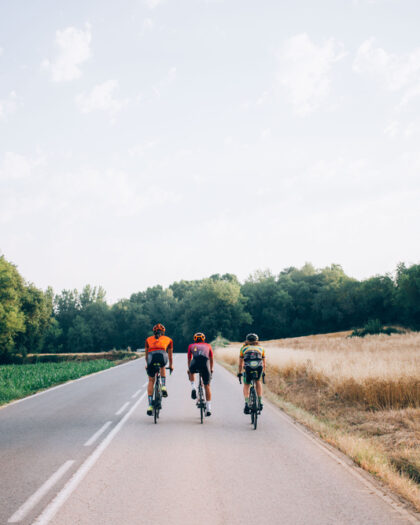 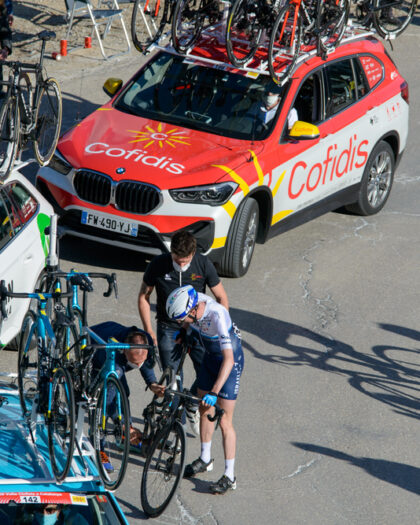 vamtam-theme-circle-post
Category Cycling News
Where to Ride, What to See, and How to Do It All Mountain bike tours...
Tags mountain bike tours in catalonia
READ MORE

This website uses cookies to improve your experience. We'll assume you're ok with this, but you can opt-out if you wish. Cookie settingsACCEPT
Privacy & Cookies Policy

This website uses cookies to improve your experience while you navigate through the website. Out of these cookies, the cookies that are categorized as necessary are stored on your browser as they are essential for the working of basic functionalities of the website. We also use third-party cookies that help us analyze and understand how you use this website. These cookies will be stored in your browser only with your consent. You also have the option to opt-out of these cookies. But opting out of some of these cookies may have an effect on your browsing experience.
Necessary Always Enabled
Necessary cookies are absolutely essential for the website to function properly. This category only includes cookies that ensures basic functionalities and security features of the website. These cookies do not store any personal information.
Non-necessary
Any cookies that may not be particularly necessary for the website to function and is used specifically to collect user personal data via analytics, ads, other embedded contents are termed as non-necessary cookies. It is mandatory to procure user consent prior to running these cookies on your website.
SAVE & ACCEPT
Solo Cycling in the Pyrenees: Is It Safe?Which Is the Best Cycling Holiday for You?
WhatsApp Us Now!